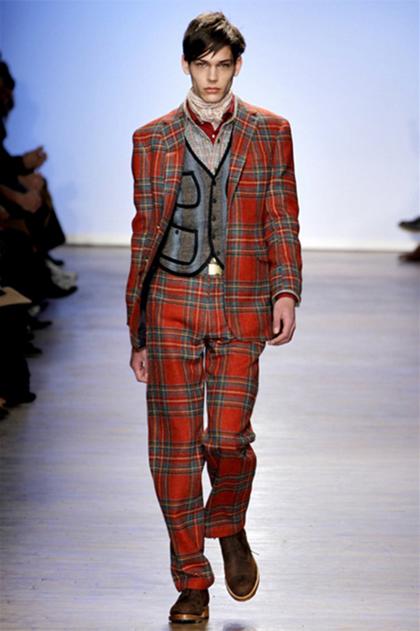 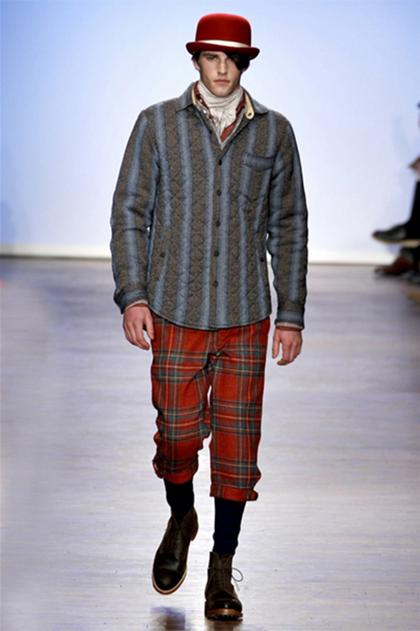 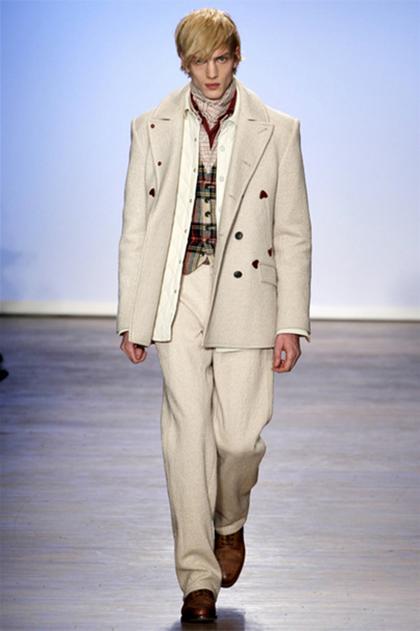 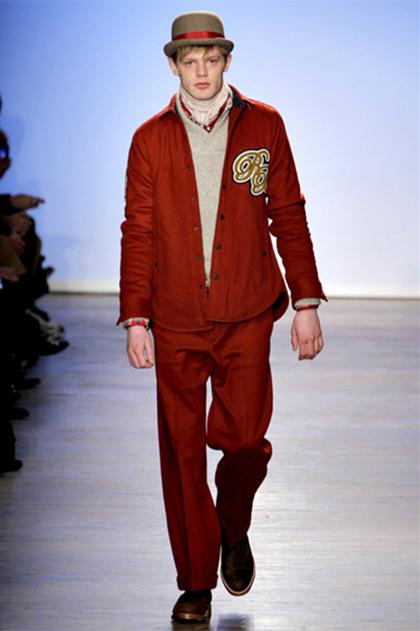 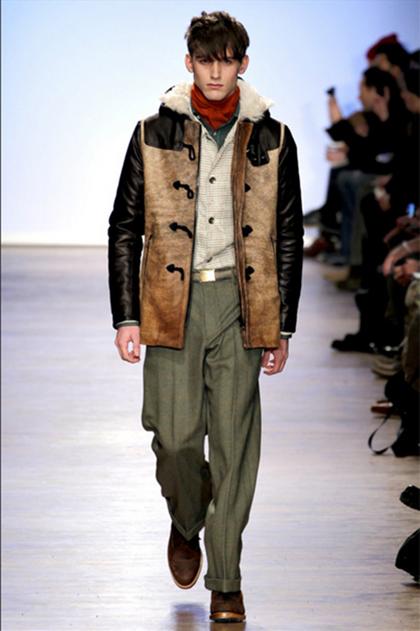 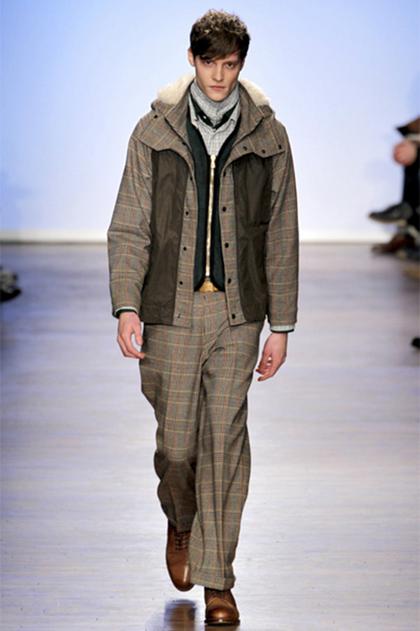 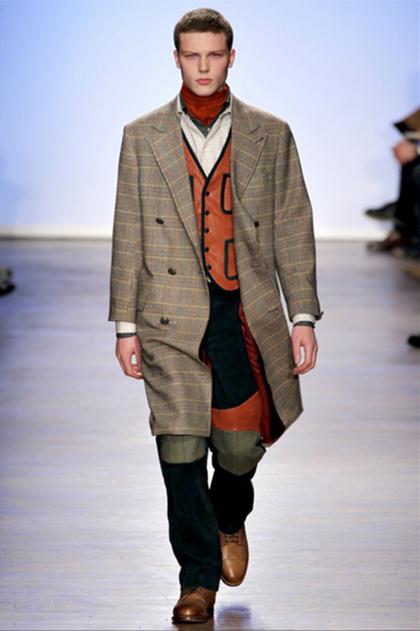 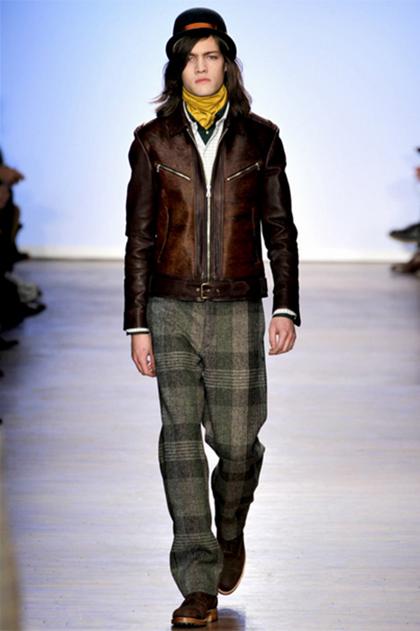 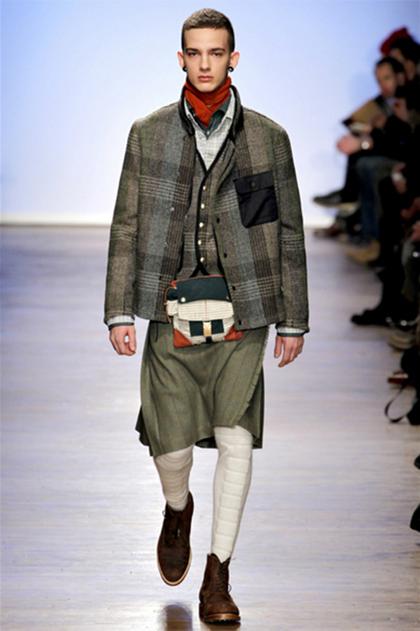 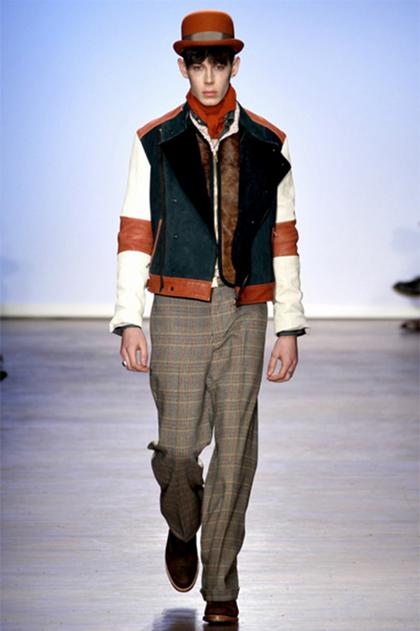 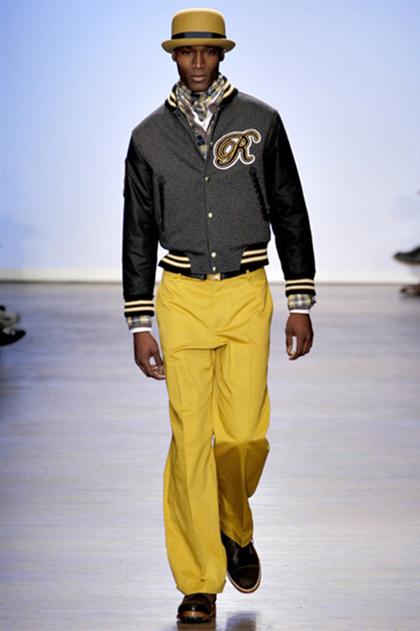 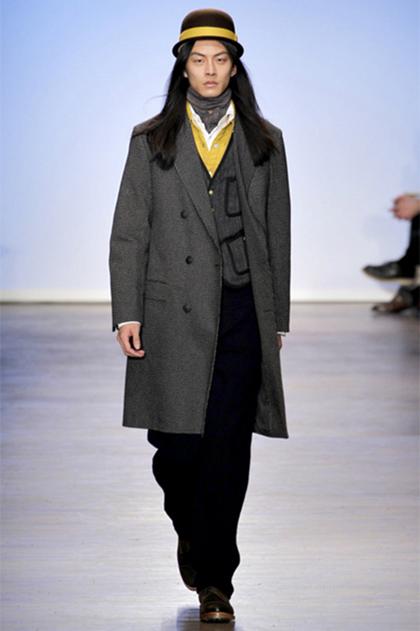 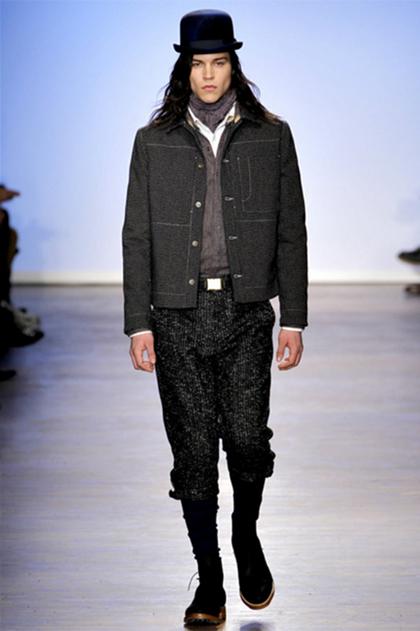 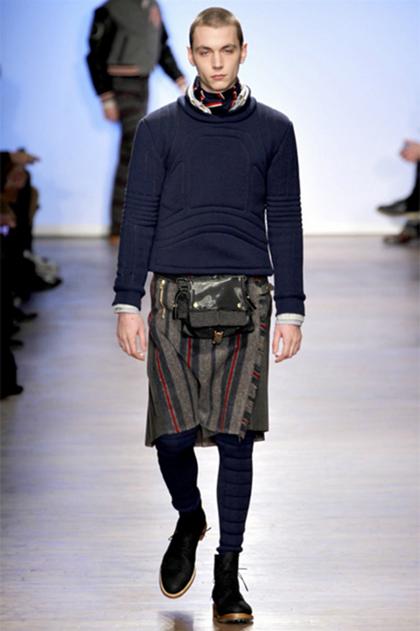 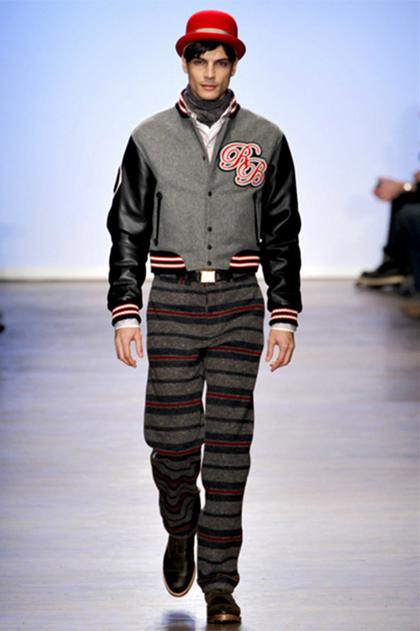 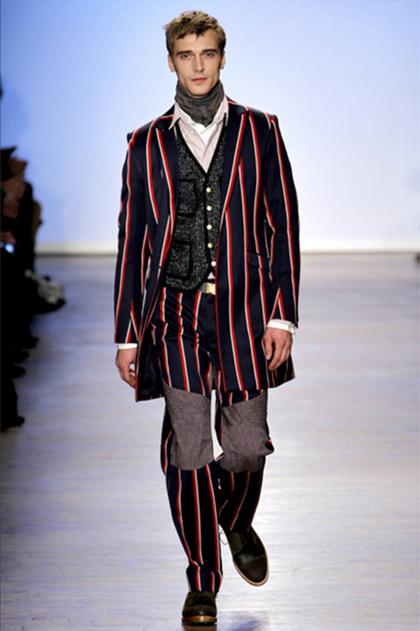 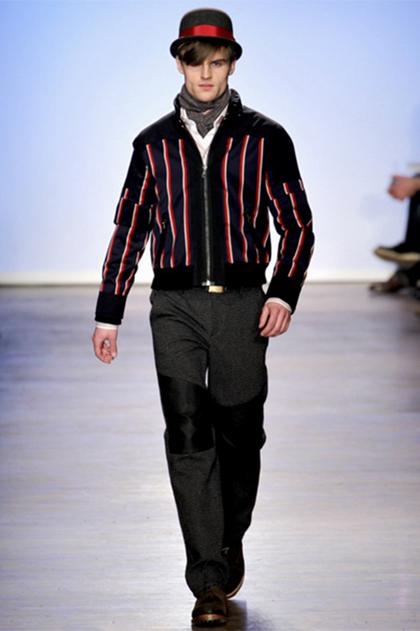 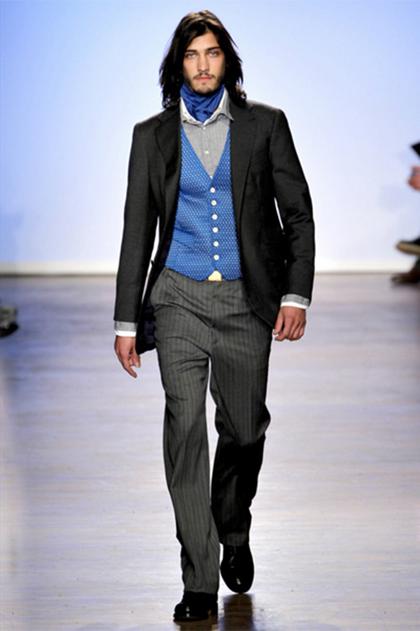 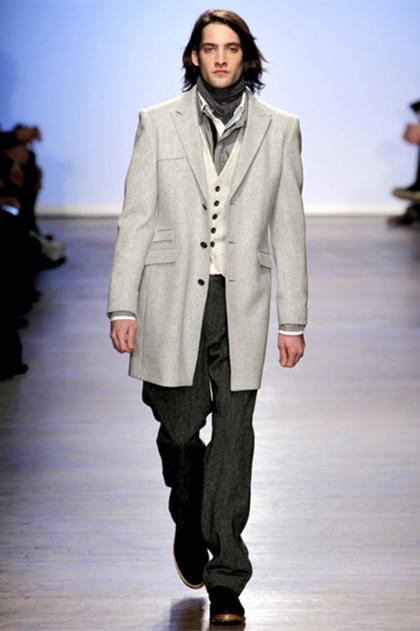 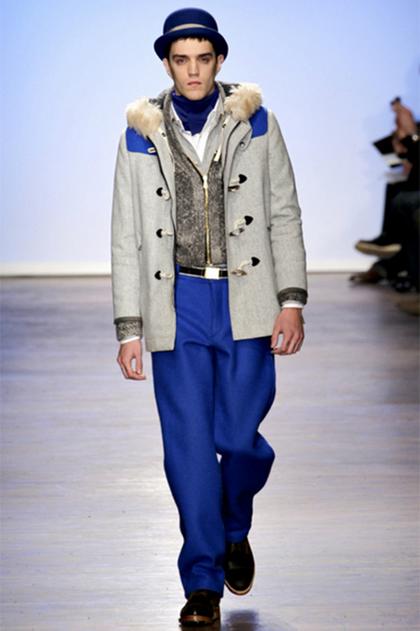 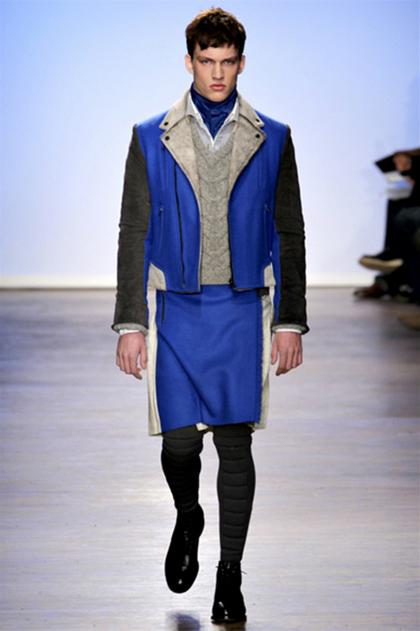 The concepts behind the FW11 show started with the North Pole, and worked its way down the arctic circle, touching elements of Saami, Inuit, Eskimo, Siberian and Native American, finding common ground among the traditional Arctic tribes. In the essentially rag & bone way, the nod to tradition was juxtaposed with the supremely modern, throwing 1970s skiwear into the mix.
Integrating an earthy pallet of rust and ivory with shocking elements of sky blue, the resulting hues were woven into tweed, blocked in leather and mixed into merion neoprene and canvas. These textures were rounded out with the addition of natural cowhide and shearling, bringing everything back, full circle as one might say, to the Siberian plains.